Back to all Jobs

Generic Requirements: Applicant must display competency in the post-specific functions of the post; ? Be in possession of a Senior Certificate (Grade 12) and a relevant (to the post) three (3) year Degree/Diploma registered on the National Learner Record Database on at least a NQF 6 level; ? Be proficient in at least two (2) official languages, of which one (1) must be English. ? Must be a South African citizen. ? Must have no previous criminal/departmental convictions or criminal or departmental cases pending; ? Applicants will be subjected to a vetting process which will include security screening; ? Be in possession of at least a valid light motor vehicle drivers licence; ? Must not have tattoos which will be visible when wearing summer uniform; ? Relevant courses in the field of the post may be an advantage. Additional requirements: ? A relevant three (3) year Diploma/ Degree registered on the National Learner Record Database on at least a NQF 6 level with two (2) years relevant experience in the field of the post of which one (1) year should be on supervisory level. Preference will be given to applicants in possession of qualification(s) in Policing/ Law/ Forensic Investigation/ Criminology/ Accounting/ Public Management or related field of study. Core Functions: ? Ensure the investigation of Organised Crime threats identified by means of National threats Analysis (NCTA), ? Investigate all projects relating to Precious Metals within the province ? Investigate all projects relating to non-ferrous metals within the province; ? Coordinate all investigations relating to endangered species; ? Ensure the maintaining of policy standards and procedures pertaining Organised Crime. Know someone who would be perfect for this role? Show some love and share! 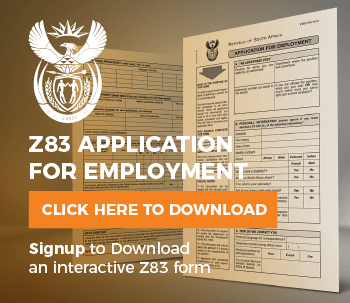 Apply for this Job